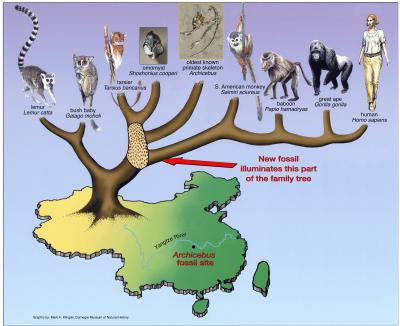 In the mid sixteenth century, the Polish mathematician, Nicolaus Copernicus proposed putting the Sun at the centre of our solar system instead of the Earth. "The Earth was not the centre of all things celestial", he said, "but instead was one of several planets circling a sun, which was one of many suns in the universe" Three centuries later, in 1859, Charles Darwin futher changed our view of ourselves, arguing that humans were a part of Earth's natural world, not separate from the biological systems which govern the lives of all other living things. Developments of Copernicus's heliocentric idea of the origins of our place in the universe and Darwin's ideas of our kinship with prehuman ancestors, now gives us vast picture of our chemical origins.  The celestial canvas stretches from the enormous mass of lifeless stardust at the beginning of the universe to the tiny pocket of stardust that made the Earth and initiated the first biochemical reactions, w
Post a Comment
Read more 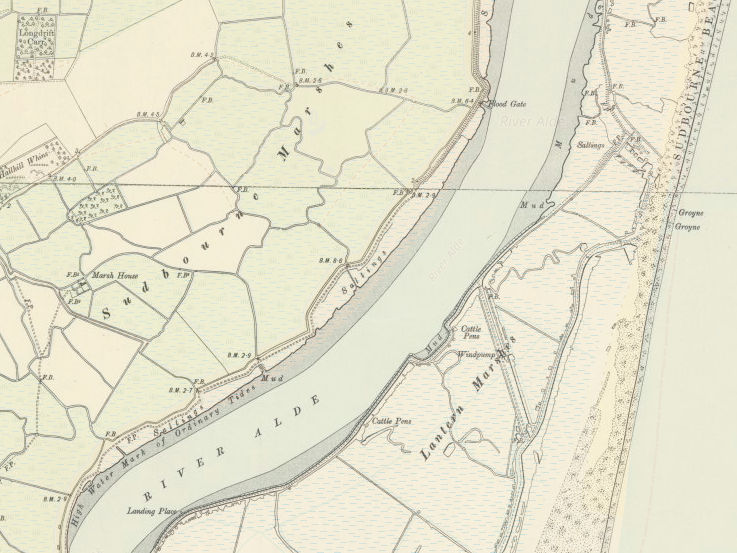 Map showing the position of Marsh House, Sudbourne, Suffolk. The significance of Marsh House Sudbourne is that it was the meeting place of the Kemp and Munnings families. In the 1851 census Phineas Munnings, a marshman, was listed as head of the household.  His daughter, Eliza was there.  She had married James Kemp, a sailor, in Aldeburgh in 1848 and her two Kemp sons, William and James are listed in the Sudbourne census. Eliza went on to have five more children.  Her last child, Edward was born in Aldeburgh in 1860.   Edward (Ted) Kemp was descended through a lineage of Suffolk Kemps that has been traced back to the Norman Conquest and the lands held by the Kempe family in and around the village of Peasenhall for almost a millennium.  Ted Kemp was the first of this clan to breakaway from the land.  By virtue of  becoming a master mariner he migrated from Aldeburgh by way of Yarmouth north along the coast to Grimsby.  There his daughter, Edna May, married Arthur Bellamy, the son of F
Post a Comment
Read more 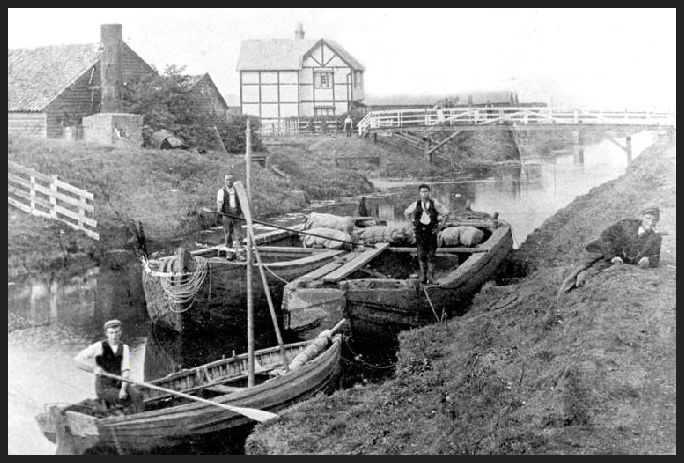 Barges on the Fens In 1800, 90% of the population worked in the countryside and 10% in the towns. By the end of the century, only 25% lived in the countryside with 75% living in towns and cities Frederick Bellamy was born in 1854 at Deeping Gate, a Lincolnshire fenside hamlet close to the borders of Cambridgeshire, and Northamptonshire. He was the ninth child of John and Mary Bellamy. His father was born in Great Gidding in 1811, a village in the Huntingdon Hills, and had reached Deeping Gate by way of West Deeping, Stamford, and Market Deeping. It was probably at West Deeping that he met Mary White of Uffington, a nearby village, part of which is actually in Deeping St James. They married at Uffington in 1836. There are several graves in Uffington churchyard representing the White family. In the censuses from 1841 to 71 John Bellamy is described as a gardener. However, on Frederick's birth certificate his father was at that time a brewer. There were several brew houses in the De
Post a Comment
Read more 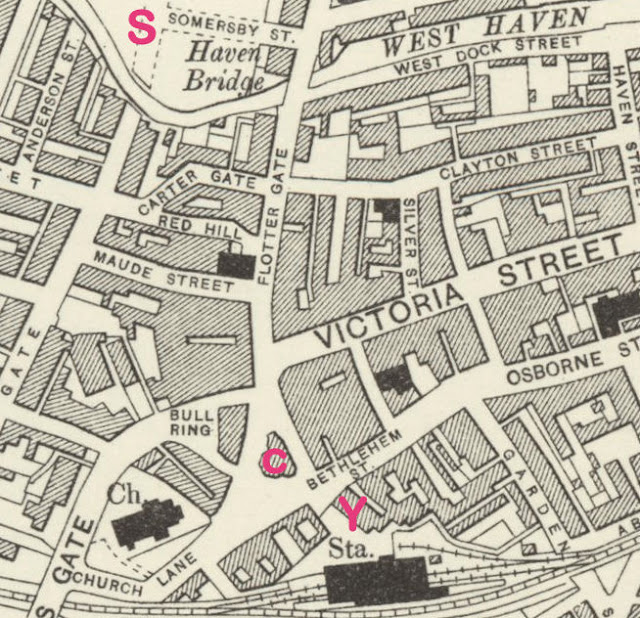 View down Maude Street, with The Ship Hotel on the left and Flottergate Methodist Chapel on the right, early 1970s. This shot was taken in the 1970s before 'slum clearance'. It illustrates the high density development associated with Victorian urbanisation; properties, large and small , were planned to utilise all the building space up to the pavement, Flottergate and Maude Street; Ordnance Survey 1888-1913  Maude Street was part of a Victorian housing development in the early 1800s, which changed Grimsby from a small market town into a sprawling international fishing community.   The development was situated at the northern edge of the old produce and livestock markets, the Corn Exchange (C) and Bull Ring.  This had been the commercial hub of the medieval town centered on St James parish church , bounded by Dean's Gate to the West and Flottergate to the North. The Ship Hotel was the social intertface between town and county until the Yarborough Hotel (Y) was built by
Post a Comment
Read more 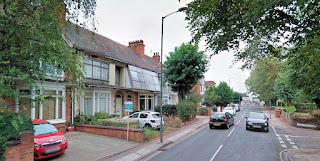 https://www.facebook.com/grimsby.local.history.library/photos/a.215084559127/10159797545679128/?type=3&theater A dress made by Mildred Bellamy of Grimsby from the collections of thesre Museum of Rural Life in Waltham. Photograph kindly provided by Janet Hall. Mildred Agnes Bellamy (née Rhodes) was born in Grimsby in 1892, the daughter of Henry Charles Rhodes, a grocer and general dealer. At the time of the 1911 census the Rhodes family was living at 127 King Edward Street and Mildred was helping with the gr ocery business, while her brother, Henry, was working as a brick-maker. On 29th July 1915 Mildred married Ernest Bellamy (aged 26) at St James’ Parish Church, Grimsby. Ernest was a Pawnbroker’s Assistant and he lived at 136 King Edward Street; a short walk away from the home of the Rhodes family. Mildred became a very skilled seamstress and she made some lovely dresses. Judging from surviving examples of her work, she certainly liked her heavy brocade fabric. Mildred and Ernest
Post a Comment
Read more 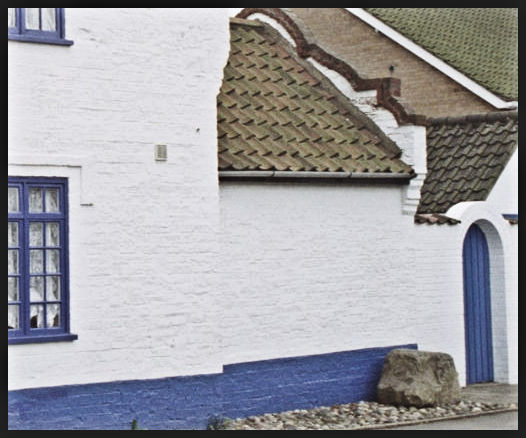 Wishing Stone, Church Lane, Old Clee, (c2017). first encountered making wishes in 1940 as a six year old boy roaming Greetham’s Fields with a gang of older children from Cooper Rd and Ladysmith Rd.  The following ritual was enacted at the ‘Wishing Stone, then, as now, sited beside the back gate of what we called the Curvy Cottage on the corner of Church Lane, Old Clee.   The wish-maker first recited the following rhyme:  To make a wish; First spit and turn.  Then catch a kiss. Next, you stood on the stone, spat on it, turned around three times, spreading your saliva over the surface; girls clockwise, boys anticlockwise.  After making the wish, someone might blow you a kiss, when a couple were said to be ‘sweethearting’.  Needless to say, a common wish in the 1940s was for the war to end. This is not to say that the wishing stone did not once play a deeper role in the social life of adults in and around the village.  The stone belongs to a group of volcanic rocks known locally as blu
Post a Comment
Read more 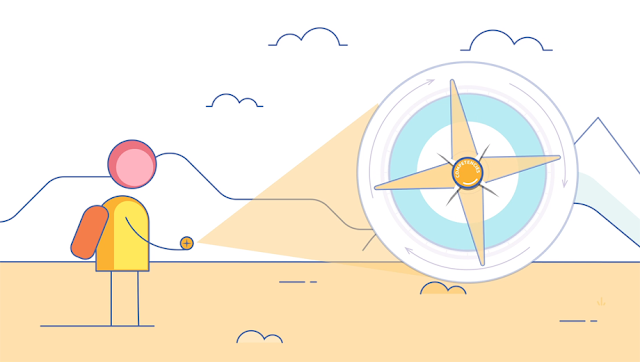 We can use the word ‘hope’ to talk about things that we desire for other people. In these cases, the meaning of  ‘hope’ is similar to ‘wish’. This way of using ‘hope’ was used by, Rowan Williams, former Archbishop of Canterbury,  speaking at the Cambridge ‘Ethics of Sustainable Prosperity for All’ conference in 2018.  He defined prosperity as ‘that which is hoped for’.  He maintained that ; “ …morally, such prosperity should be rooted to provide for the common good for all and shared social goals.  Yet we are currently looking forward in panic in our current politics of populist protectionism which puts national security  over global wellbeing and pitches North against South, East against West and rich against poor. Our wellbeing is interdependent and interlocking, so prosperity for the few is prosperity for none.  International crises be they environmental or social do not respect boundaries. The secure border is a toxic fiction”. His prescription for a prosperous sustainable future
Post a Comment
Read more

corixus
‘Belonging Together In Nature’ is a project in humanistic geography, promoted by International Classrooms Online. Its aim is to evaluate the use of Google Blogger to create pages and posts on the themes of belonging, place, change and self. Make a blog and send the address to corixus@gmail.com.